It is with great pleasure that I congratulate Chancellor Kohl and the German people at this historic moment. And it is my distinct honor to address the people of the united Germany.

In Berlin and Bonn, from Leipzig in the east to western towns along the Rhine, people are celebrating the day that all of Germany has been waiting for, for 45 long years. For the world, those 45 years were a time of tension and turmoil. For your nation, fate was particularly cruel. For 45 years, at the heart of a divided continent stood a divided Germany, on the fault line of the East-West conflict, one people split between two worlds.

No more. Today begins a new chapter in the history of your nation. Forty-five years of conflict and confrontation between East and West are now behind us. At long last the day has come: Germany is united; Germany is fully free.

The United States is proud to have built with you the foundations of freedom; proud to have been a steady partner in the quest for one Germany, whole and free. America is proud to count itself among the friends and allies of free Germany, now and in the future. Our peoples are united by the common bonds of culture, by a shared heritage in history. Never before have these common bonds been more evident than in this past year as we worked in common cause toward the goal of German unity. Today, together, we share the fruits of our friendship. 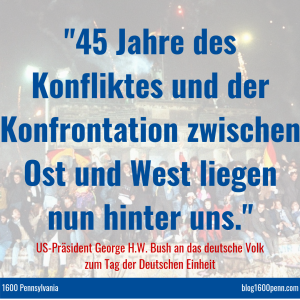 In this past year, we’ve witnessed a world of change for the United States, for the united Germany, for the Atlantic alliance of which we are a part. Even as Germany celebrates this new beginning, there is no doubt that the future holds new challenges, new responsibilities. I’m certain that our two nations will meet these challenges, as we have in the past, united by a common love of freedom. Together, building on the values we share, we will be partners in leadership.

This day, so full of meaning for Germany, is full of meaning for the world. Meters away from the walls of the Reichstag, scene of the first session of the newly united German Parliament, stood the Berlin Wall, the stark and searing symbol of conflict and cold war. For years, free men and women everywhere dreamed of the day the Berlin Wall would cease to exist, when a world without the Wall would mean a Germany made whole once more — when Germany, united and sovereign, would contribute in full measure as a force for peace and stability in world affairs.

Today the Wall lies in ruins, and our eyes open on a new world of hope. Now Germany is once more united. Now the Wall no longer divides a nation and a world in two. The last remnants of the Wall remain there at the heart of a free Berlin, a ragged monument in brick and barbed wire, proof that no wall is ever strong enough to strangle the human spirit, that no wall can ever crush a nation’s soul.

Today the German nation enters a new era; an era, in the words of your national anthem, of „unity and justice and freedom.“ At this moment of celebration, as we look forward with you to a future of hope and promise, let me say, on behalf of all Americans, may God bless the people of Germany.

This site uses Akismet to reduce spam. Learn how your comment data is processed. 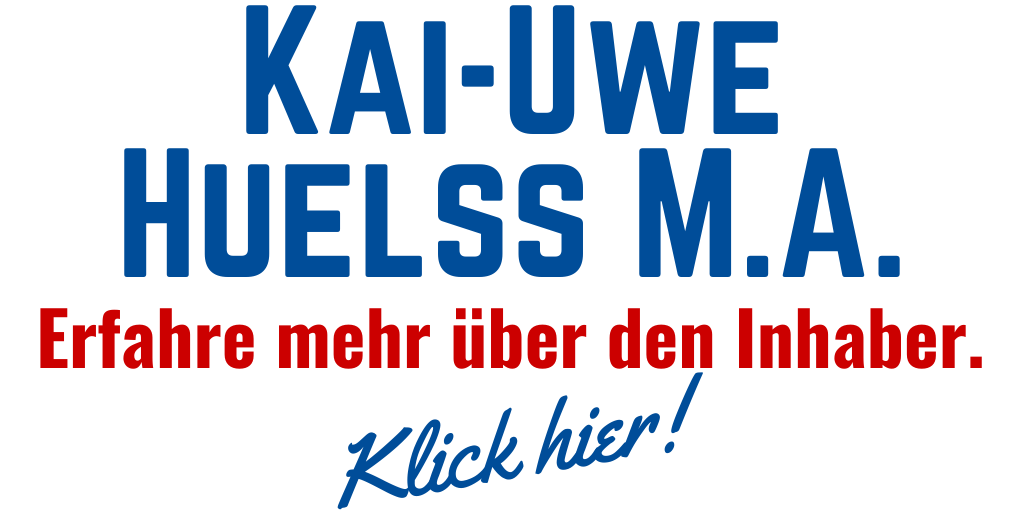